Texas Amps & Axes is regarded as one of the largest music schools in North Texas for private instruction. In the last 18 months, they have grown by nearly 300 students, with just under 600 students attending weekly.

Texas Amps & Axes: Shop and School of Music is a dream realized for Jon and Iris Meneley. It was on the windy hills of Dallas Baptist University where Jon and Iris attended school that this dream was first formed. While Iris was banging her head against the wall in Calculus 4, Jon was busy working on his Capstone class project. That project for Jon was a labor of love and wonderment, a pipe dream of a place where local musicians like him could go to find top-quality merchandise and where budding musicians could find a home for lessons. That dream, is now realized in the form of Texas Amps & Axes. 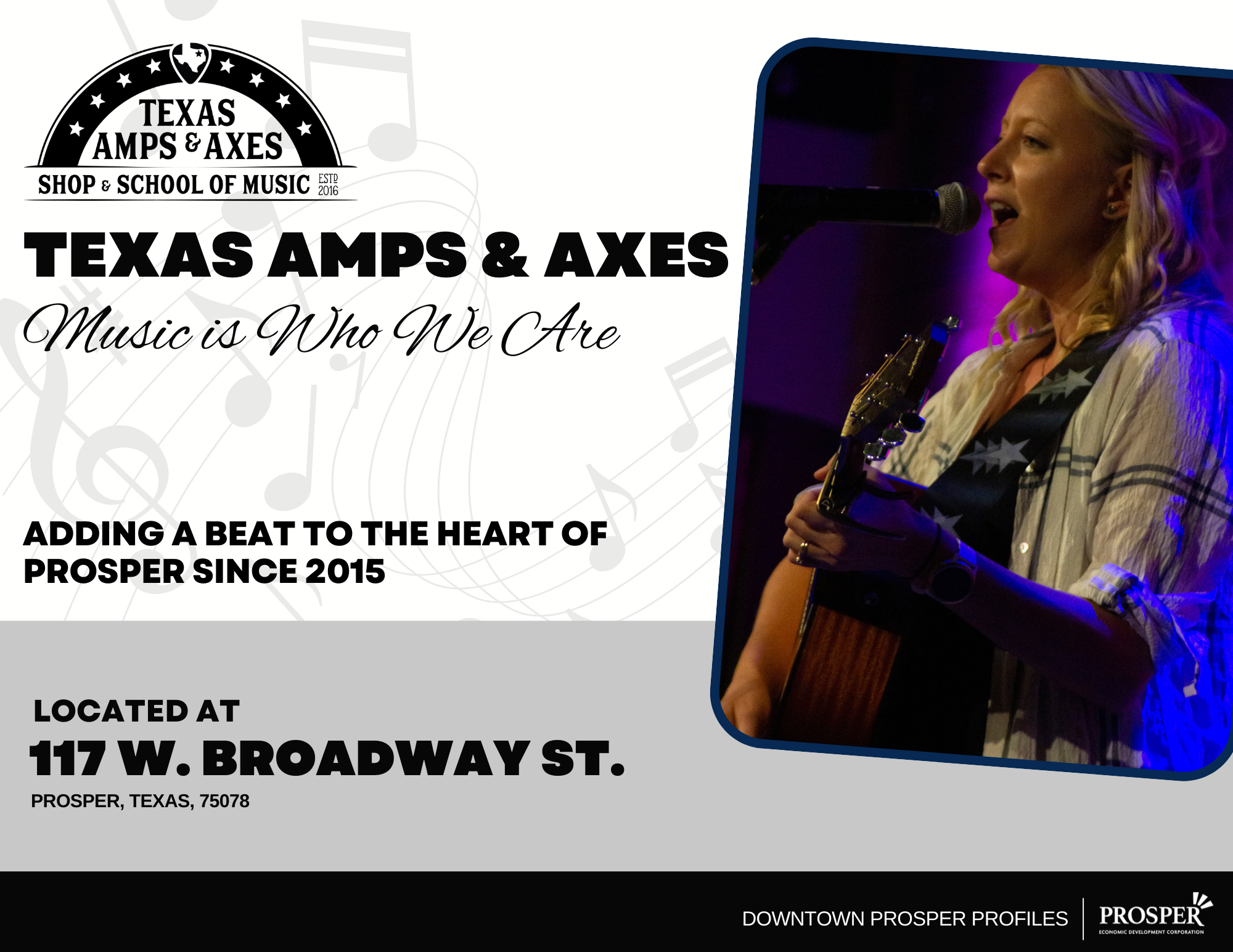 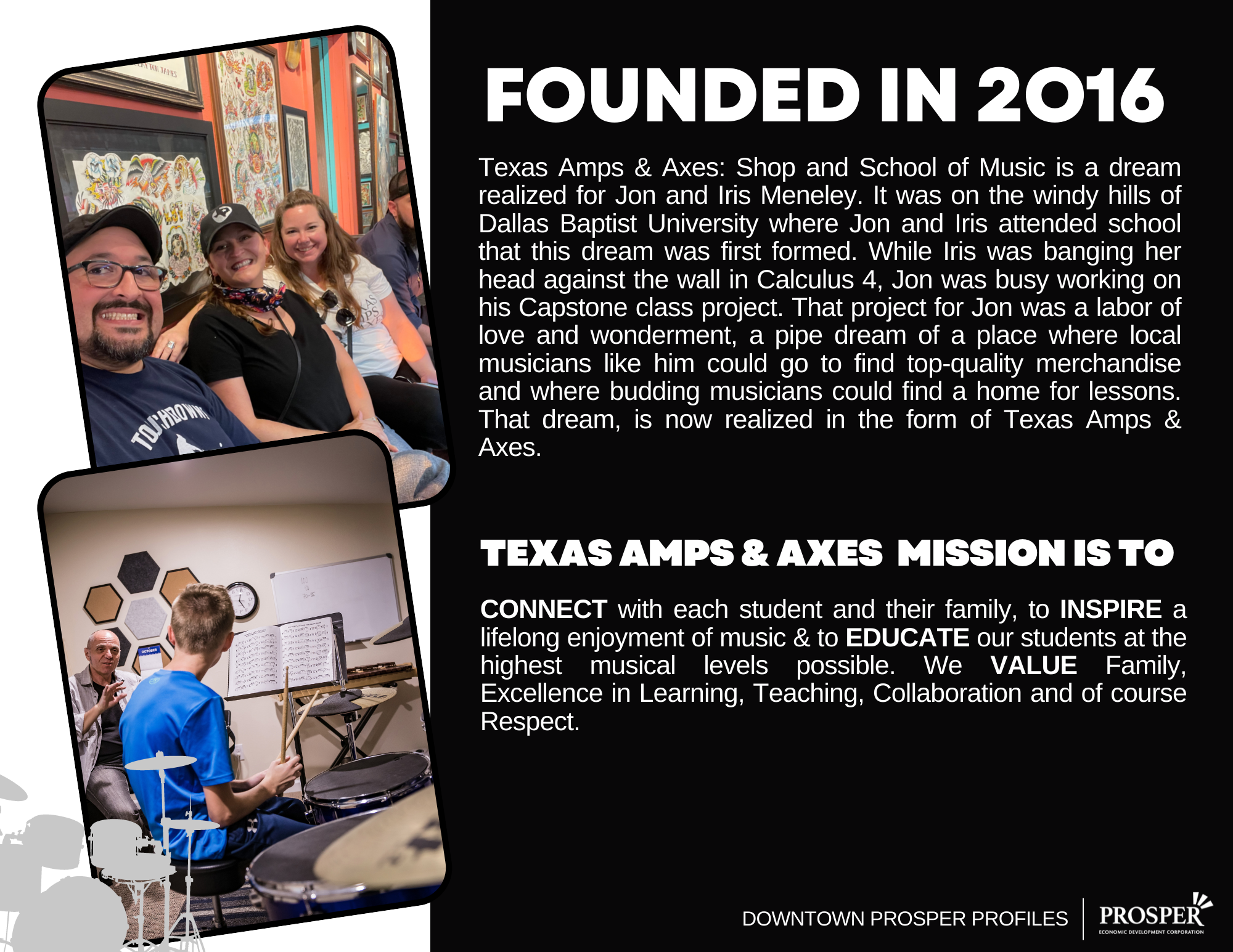 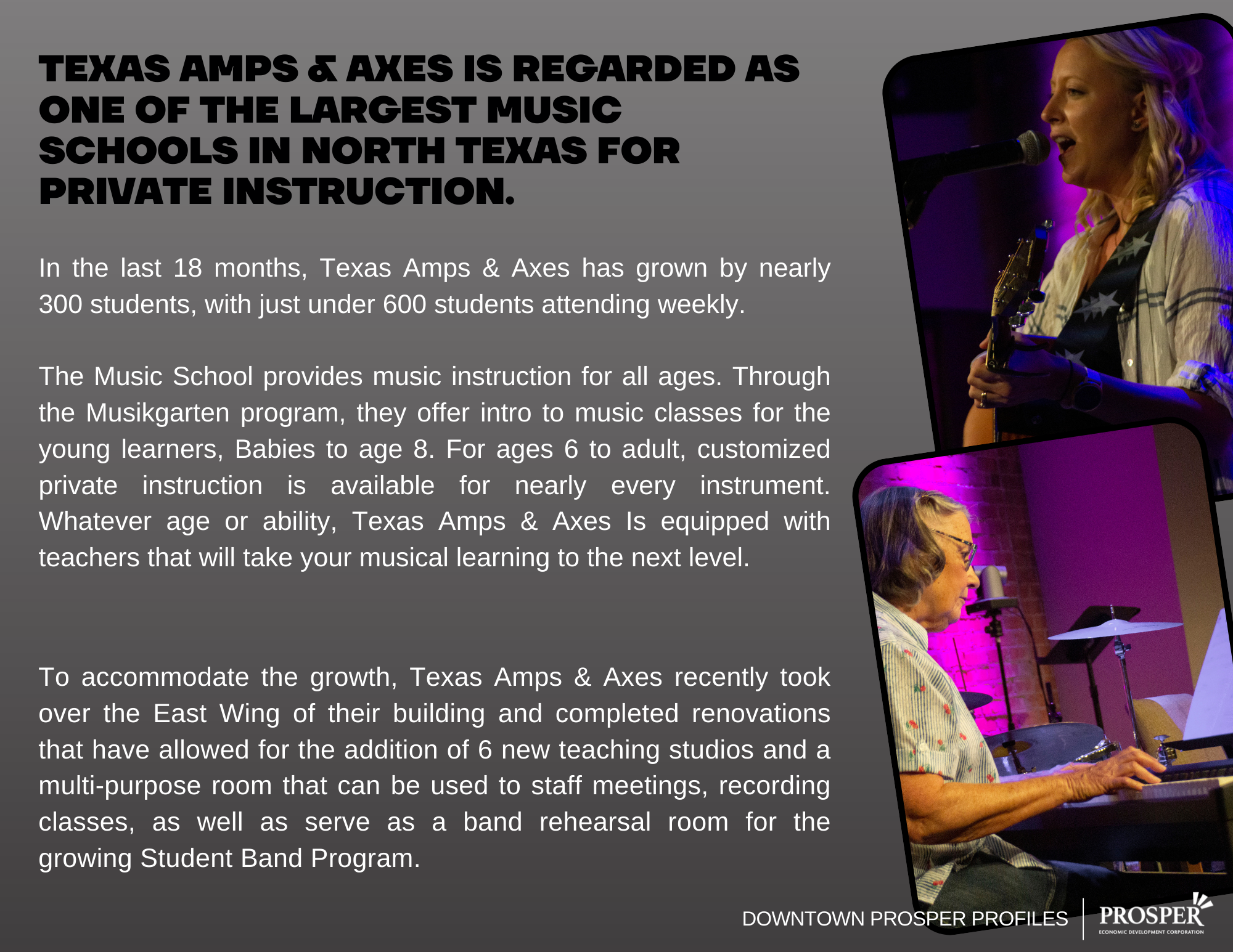 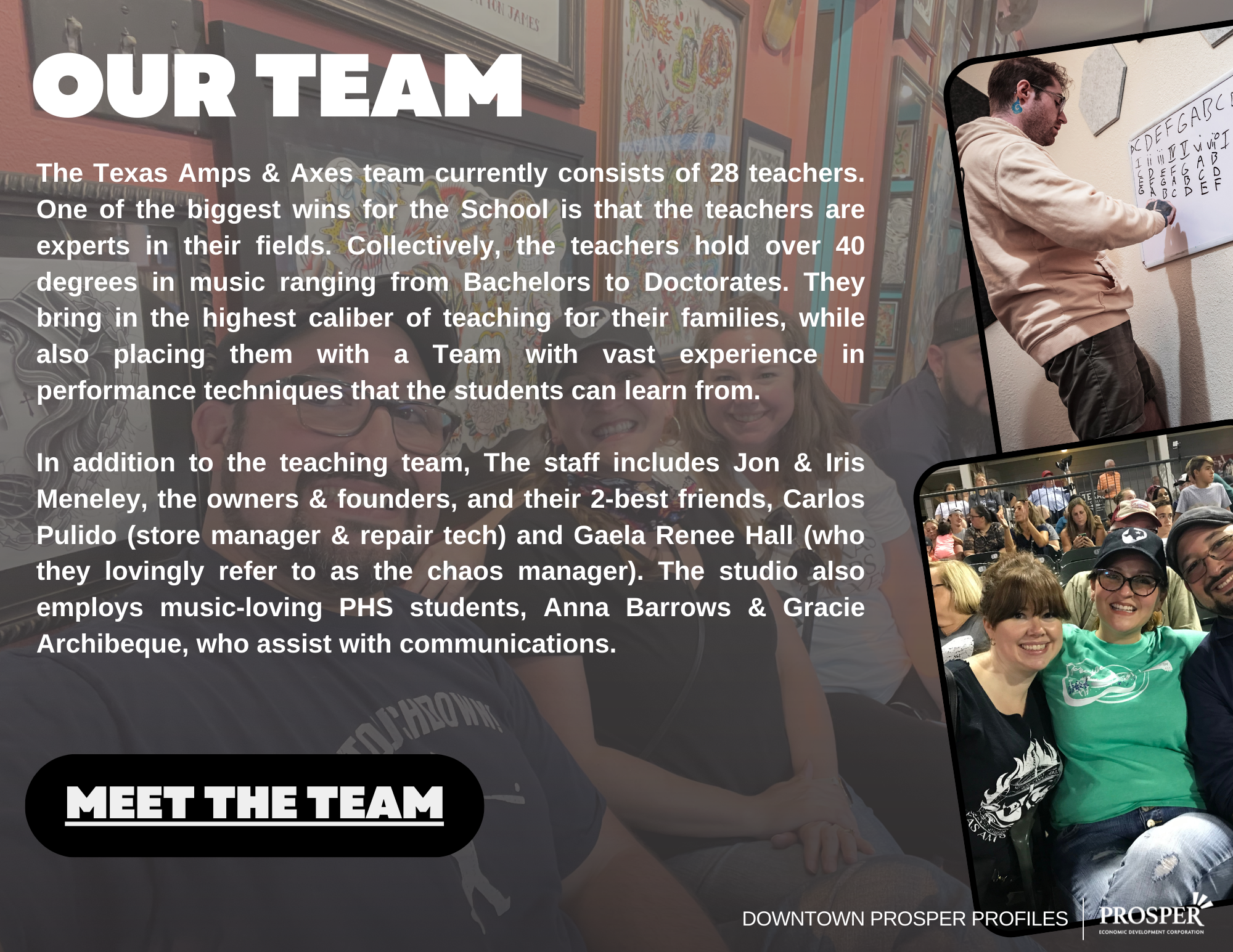 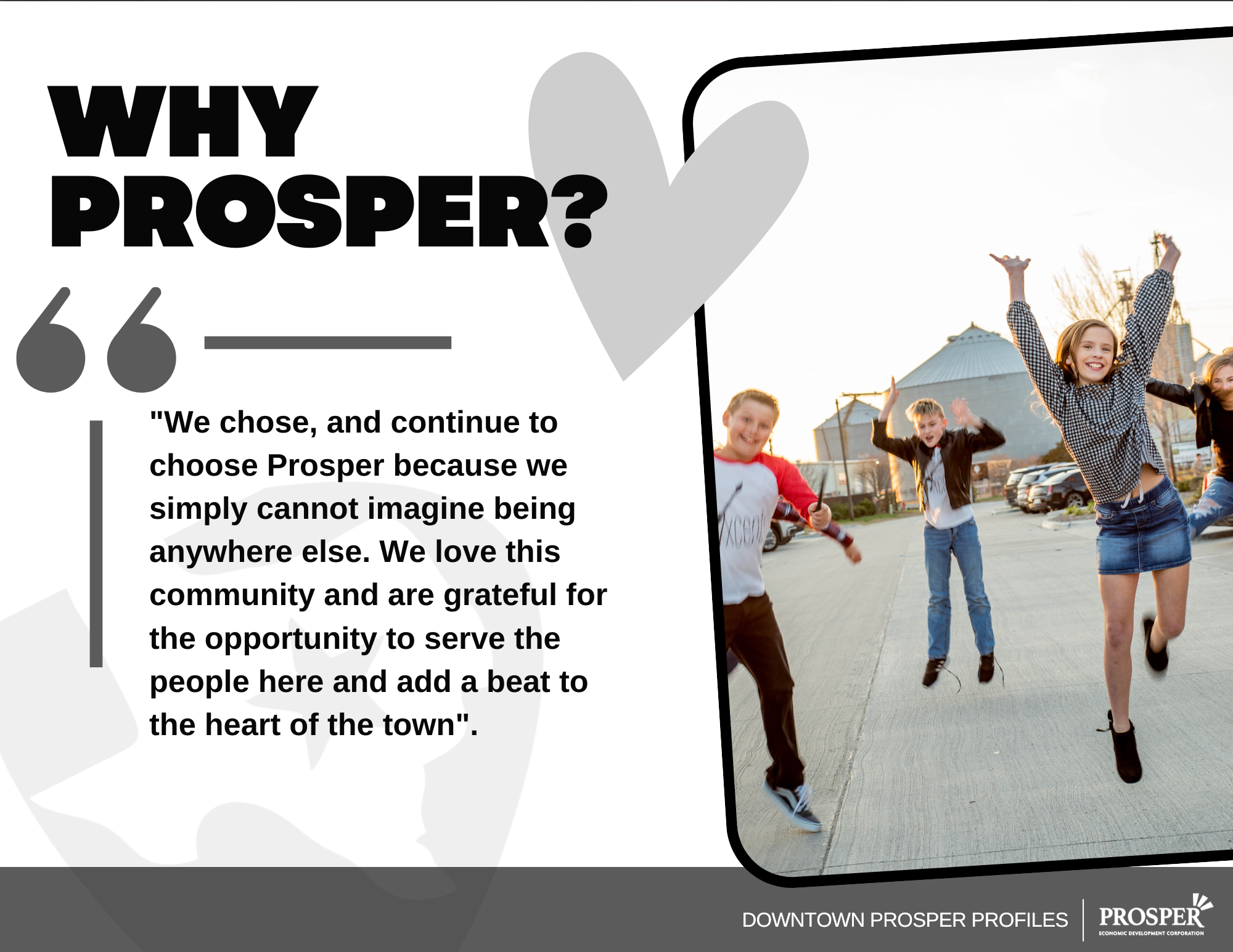 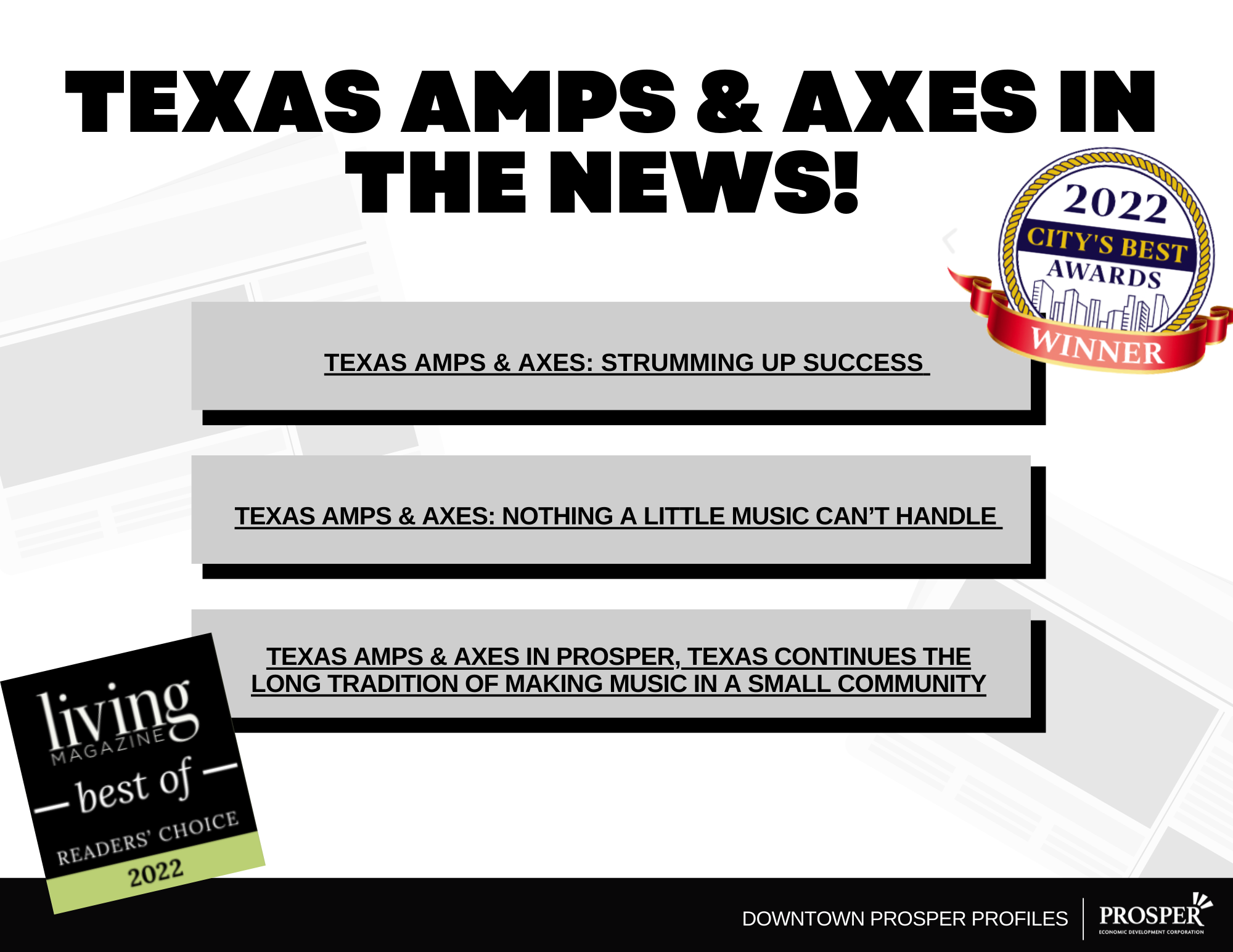 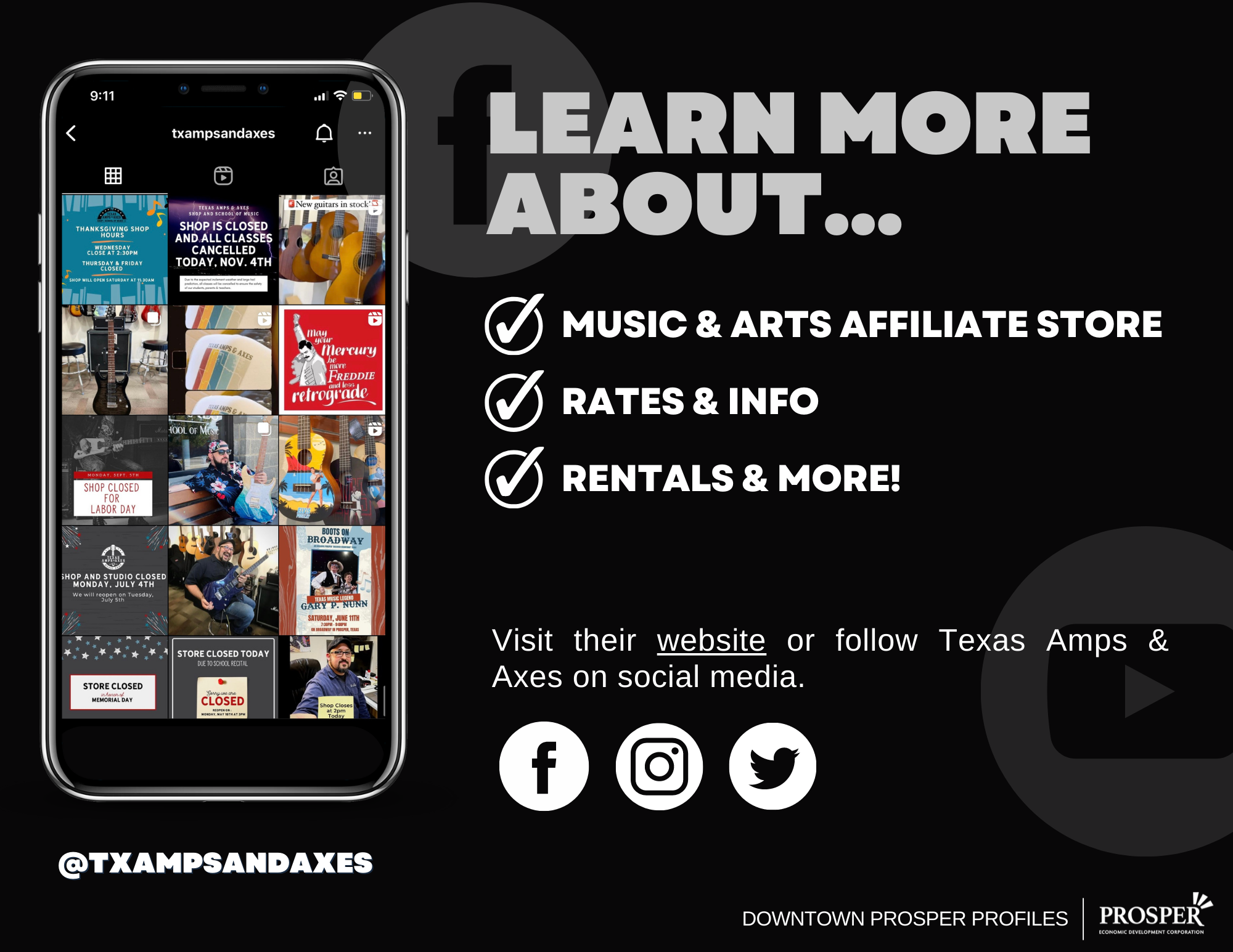 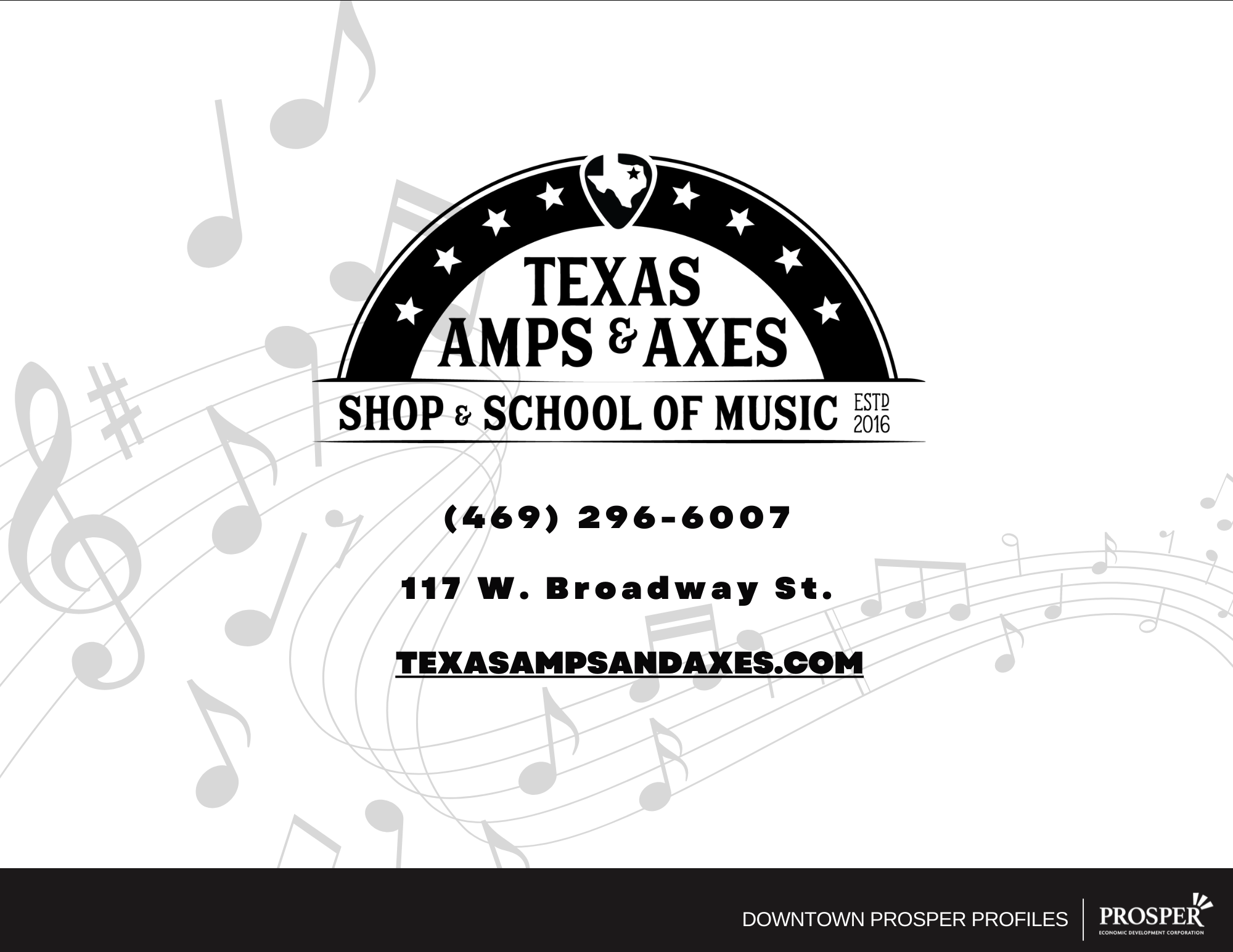